After a while you wonder if this is a new story (but it is).

The lastest: Wild elephants rampage villages for rice beer. This story from newKerla.com in India is serious (five people have lost their lives in the last two months and in the last five years elephants have killed at least 150 people in Assam) it still tends to make people giggle.

So we point you to it once again.

“We have noticed that elephants really relish guzzling rice beer which many tribal people and tea garden workers ferment at home,” Kushal Konwar Sharma, a noted elephant expert and a teacher at the College of Veterinary Science in Guwahati, told IANS.

Some more reports from our news archives (you’ll see we’ve been pretty dilgent on this subject):

Beer-guzzling elephants to be executed

A Minneapolis woman has won the 2006 Lallemand Scholarship that entitles her to a two-week brewing course at the Siebel Institute of Technology. Winner Gera (G.L.) Exire LaTour has been brewing since March 2004.

The Lallemand Scholarship goes annually to a member of the American Homebrewers’ and includes $2,900 for tuition to the World Brewing Academy Concise Course in Brewing Technology but also $1,000 to use for expenses.

The winner won her first blue ribbon at the Minnesota State Fair Home Brew Contest with a Cucumber Dill Cream Ale. She is an active member of the Minnesota Homebrewers Association, where she is known for her eclectic beers. She is a Certified Beer Judge with the BJCP and helps organize local BJCP exam prep classes.

A Belgian brewer and forces on this side of the Atlantic have partnered in an auction to help a French girl suffering from a rare, neurological condition known as leukodystrophy.

Brasserie Fantome’s Dany Prignon and his brewer friend, Gilles Didier (who lives in the same town as the girl), have brewed a special beer to be sold at auction to raise money for an operation. They created a special, strong version of Dany’s rare and popular Pissenlit saison, brewed with dandelions. This is a one-time, very limited edition – only 20 bottles are available. Each bottle has been numbered and signed by Dany and Gilles, and 100% of the proceeds will go directly to the European Leukodystrophy Association.

Auction details are at the Shelton Brothers website (Shelton imports the Fantome beers).

The auction continues through July 3.

For now it is five enormous pieces of steel and copper plate three-eighths of an inch thick, and its fate is far from settled.

Ted Fiore, whose company has been demolishing the 10-acre site of the former Pabst brewery for two years, said he planned to restore the bottle at his warehouse in Newark and then give it a new home.

So far, Mr. Fiore said, “several alcoholic-beverage companies” have expressed interest. It might end up in Newark, he said, or perhaps along the Jersey Shore in Dover Township, where a nightclub could take it.

And here’s another quote from the story: “It’s kind of a sad day,” said Matthew Gosser, an adjunct professor of architecture.

An adjunct professor commenting on a giant bottle that once represented Pabst . . .

Just in time for the Fourth of July, Boston Beer Co. is introducing the Samuel Adams Brewer Patriot Collection, four beers made with ingredients that would have been available in revolutionary times.

The Traditional Ginger Honey Ale, for instance, includes ingredients such as fresh ginger puree and wildflower honey. Sam Adams’ brewers hand smoked malt from a forest on land once owned by James Madison for the James Madison Dark Wheat Ale. The other beers are George Washington Porter and 1790 Root Beer Brew (a hard root beer made with blackstrap molasses, sassafras root bark and other ingredients).

Initial reviews? There’s been some chatter on the Realbeer.com discussion boards.

As detailed in many blogs (including here) Anheuser-Busch continues to experiment with new products and to take new approaches to marketing (it’s Here’s to Beer campaign) BUT that doesn’t mean the brewing company hasn’t given up it’s biggest-kid-on-the-block ways.

A-B has wrapped up the exclusive alcohol sponsorship for the Super Bowl through 2012, and is adding other sports to its long list of sponsorships.

Anheuser-Busch wont’ say how much it spends on sports advertising, but the figure has been estimated at $300 million.

What does CAMRA thinks of Coors announcement it will serve beer at a temperature lower than freezing?

“If you serve any yellow liquid at that temperature you could probably drink it,” spokesman Iain Loe told The Telegraph. “Cynics would say that it was just a way of concealing the fact there’s no taste there. And if there are any off flavors, you are not going to notice.”

Coors said it had spent more than £10m over eight years developing the pouring mechanism for the beer called Sub Zero. It has taken out more than 50 patents on the one-minute, fully automated process.

The crux of the technology is the formation of soft frozen lager crystals in the top of the beer glass, as the lager is poured. These crystals melt away in the drinker’s mouth, while helping to keep the beer colder for longer, according to Coors.

But here is the real story:

But according to Alex Hotel BWS retail manager Richard Bartlett the changing face of Australians’ drinking habits is shown by the increasing number of Coast drinkers choosing imported or boutique beer over the more “traditional” brands.

Another example that reporters need to ask the extra question when they report overall beer sales down (as they are in Australia). What are people drinking?

Regional brewer Everards has stuck a chord with breweries that are in one sense competitors, getting them to sign up for its “tasting notes” campaign.

In mid-April the British brewery invited 18 regional brewers up to the brewery in Leicester to explain why they should get involved. So far 16 regional brewers have opted to use the scheme, including Caledonian, Wadworth, Hook Norton, Batemans, Charles Wells and Fuller’s.

The program provides drinkers with simple tasting notes on each beer’s pump clip, as well as beer mats and drip mats. Bitter or sweet scores are given out of five and everyday language is used to describe each beer’s “see, smell, and taste” profiles.

The cooperation stands in interesting contrast to the Here’s to Beer campaign that Anheuser-Busch has bascially had to go alone.

The things you learn when you read press releases: The Bennigan’s chain sell $1 million of Guinness each year, making it the No. 1 U.S. account.

The release itself deals with a recipe partnership between Bennigan’s and Guinness:

“This partnership combines the classic, tavern menu at Bennigan’s with the most recognized name in Irish beer,” said Clay Dover, vice president of marketing at Bennigan’s. “Our culinary team set out to create a taste that combines the Guinness Stout flavor with a bit of sweetness, and the result is one of the most prominent menu introductions in our restaurant’s 30-year history.” 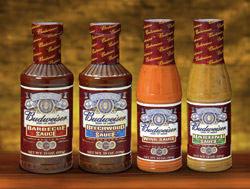 Aside from Allagash and Shipyard, you don’t hear a lot of abut Maine’s beers outside of New England. Their success reminds us that craft beer is first of all a local product.

Craft beer sales have grown 22% in the last three years.

[Via the Portland Press Herald]

The fifth-generation president and owner of Pottsville-based Yuengling & Son Brewery president Dick Yuengling, 63, says that looks forward to handing the nation’s sixth-largest brewery over to his four daughters, each of whom works for the 177-year-old company.

Speaking at a Lancaster Chamber of Commerce & Industry meeting, Yuengling said he has no reservations about making such an unprecedented move.

“It could work very well. You might see a major brewery with four women owning it. I think that would be kind of neat.”

Creative Loafing in Atlanta has made beer its cover story.

Lots to read, but you might want to start with The beer snob’s guide to (really good) beer.

It’s easy to pick on any list of six, but where’s Saison Dupont?