Sierra Nevada Brewing Co. made it offical today that it has chosen a site in western North Carolina for the future home of an east coast brewery. The site, approximately 90 acres in the Henderson County town of Mills River – 12 miles south of Asheville – will be home to the new production facility, as well as a proposed restaurant and gift shop.

“We are thrilled to have found an ideal location in western North Carolina for our second brewery,” founder Ken Grossman said for a press release. “The beer culture, water quality and quality of life are excellent. We feel lucky to be a part of this community.”

The east coast brewery will start with a capacity around 300,000 barrels, with room to grow.
Sierra Nevada began the search for a new location several years ago. The brewery looked at hundreds of potential sites, eventually narrowing the search down to a handful of locations.

Sierra Nevada’s eastern brewery site is expected to employ approximately 90 workers, with additional staff in the restaurant to follow. The brewery anticipates being operational by early 2014.

Officials with California craft-beer maker Sierra Nevada Brewing Co. are expected to announce this week they have chosen Western North Carolina for the company’s much-publicized East Coast expansion, sources with knowledge of the negotiations have told the Times-News in Hendersville.

Chico, Calif.-based Sierra Nevada — the nation’s second-largest craft-beer producer, which distributes to all 50 states — is expected to build its new facility at Ferncliff Industrial Park in Mills River.

The property — which was annexed by the town in 2009 after landowner Vaughn Fitzgerald requested that 220 of his family’s acres be rezoned for an industrial park — is on Old Fanning Bridge Road between Broadpoint Industrial Park and Asheville Regional Airport on the east side of the French Broad River.

Company officials have said they want 50 acres to build the facility, which likely will include a restaurant, tasting room and music venue in addition to the brewing and bottling operations.

The county and town provided a variety of incentives to Sierra Nevada, which is adding the second facility for several reasons, including that it was soon reach capacity at its California plant and that an eastern brewery will reduce its environmental footprint. In December, The Henderson County Board of Commissioners approved a seven-year, $3.75 million economic incentive package for an unnamed manufacturing company looking to invest $115 million to start up operations in the county. Additionally, the Mills River Town Council approved economic incentives for the project, which is expected to include the creation of 125 new jobs.

Sierra Nevada founder and president Ken Grossman said his company began the selection process with about 200 potential sites across the country.

Keynote speaker Steve Hindy will kick off the 2012 Craft Brewers Conference in San Diego, Calif. Nearly 4,000 industry professionals will gather for four days May 2-5 at the Town and Country Resort.

In 1984, Hindy and his neighbor, Tom Potter, founded Brooklyn Brewery, seeking to rebuild the robust brewing culture that once existed in New York’s German immigrant communities. Hindy previously worked as an Associated Press correspondent in the Middle East, while Potter was a banker. Over the last three decades, Hindy built the brewery into a well-recognized brand, overcoming the challenges of distribution, a small brewing facility, skeptical retailers and, more recently, a major brewery expansion. He also authored Beer School with Potter, a memoir of their stories and lessons from 20 years of adventure with Brooklyn Brewery.

Beyond his role at Brooklyn Brewery, Hindy is active in his local community and the broader craft beer community. He serves on the Governor’s Economic Development Council and Brooklyn’s Prospect Park Alliance, and founded the Open Space Alliance for North Brooklyn. Within his industry, he serves on the Brewers Association (BA) board of directors and has testified before Congress to emphasize the importance of self-distribution laws. Hindy was awarded the 2010 F.X. Matt Defense of the Industry Award to recognize his efforts in government affairs. 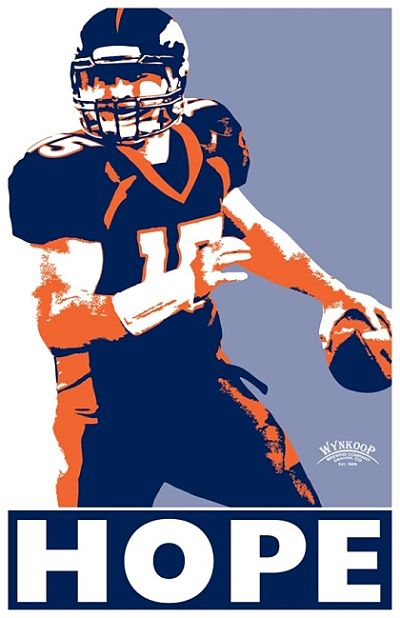 The poster is available at the brewpub while supplies last.

Coors Light surpassed Budweiser in 2011 to become the country’s No. 2-selling beer, according to Beer Marketer’s Insights. Bud Light is the top-selling beer by a sizable margin. Miller Lite is fourth, with Natural Light rounding out the top five, according to SymphonyIRI.

“Dethroning the King is a great accomplishment so early in the history of MillerCoors,” a MillerCoors spokesman wrote in an email.

An Anheuser-Busch spokesman said the company’s 2011 sales numbers won’t be available until its earnings report in early March. Although Bud sales declined 4.6% that was an improvement over recent years. Sales fell nearly 10% in 2009.

The Cicerone Certification Program announced that Nicole Erny of Oakland, Calif., earned the title of Master Cicerone during testing in November. Erny earned the certification through a series of exams culminating with two days of intense taste testing plus written and oral questioning about beer styles, draft systems, beer evaluation, brewing technology and beer and food pairing.

While thousands have passed the first level Cicerone exam known as Certified Beer Server, Erny is only the fourth person to earn the Master Cicerone title-the third and top level of the program. She also becomes the first woman and is the youngest of the four who have earned the title. Founded in 2007, the Cicerone Certification Program tests and certifies beer expertise similar to the wine world’s Master Sommelier program.

Since earning her Bachelor’s Degree in 2007, Erny has worked a specialty beer bartender, consultant and beer educator, putting on classes and beer and food pairings. Erny joins the three other Master Cicerone: Andrew Van Til of Michigan, David Kahle of Chicago, and Rich Higgins of San Francisco.

Michael Bowe founded Angel City Brewing in 1997, then in 2010 relocated the brewery in the historic John A. Roebling Building in LA’s Downtown Arts District. At the time he said, “My vision for Angel City Brewing is about being located in Downtown Los Angeles. I think this great city deserves a great brewery and we hope to become that.”

For a press release about the deal, Newman said, “I’ve known Michael Bowe for many years, and I’ve followed his career as a brewer with great admiration — though it never occurred to me that I would become involved with Angel City. Michael’s vision for a thriving and robust brewery for the City of Los Angeles resonated with me from our initial conversations. We are very excited to have this opportunity to become part of the renaissance of the LA downtown area.”

According to a Boston Beer Co. regulatory filing, Bowe will remain with Angel City for two years as an adviser.

Alchemy & Science is a craft beer collaboration, led by Newman and Stacey Steinmetz and funded by Boston Beer, brewer of Samuel Adams beers. Its mission is “to increase awareness of craft brewed beers by exploring and managing a broad range of opportunities, from creating and/or incubating new breweries to providing legacy solutions to craft beer/brewery founders.”