We live in an enlightened age of beer, which is perhaps the best time ever for beer in America in terms of diversity, quality and innovation. If, however, you’re one of the unfortunate souls living today in Alabama, only 1/3 of the beers made in the world are legally allowed to be sold there. The Yellowhammer State is determined to keep its beers yellow and fizzy. Only beer under 6% abv is legal there and only in packages holding 16 oz. or less. As you might expect, wine has no size restrictions and can be up to 24% and spirits none whatsoever.

There are other odd restrictions, too, such as homebrewers are not permitted to hold competitions. The fact that homebrewing is even legal, I confess, is almost surprising in and of itself. For a more complete picture of the antiquated restrictions in Alabama, visit Free the Hops. 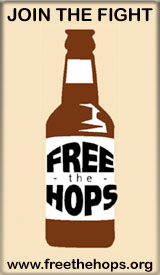 Free the Hops is a grassroots organization that started in 2004 that’s trying to drag Alabama’s beer laws into the 21st Century and, sadly, they’re meeting with a lot of resistance from … well, let’s say folks who would rather keep the status quo, don’t really understand what’s happening in the rest of the world, and would rather Alabamians stopped drinking altogether.

Despite these hurdles, and with the support of 61 businesses in the state, they’ve managed to get their “Gourmet Bill” through the house and the state senate is poised to vote on it later this week. As you might imagine, such effort needs money. To raise some funds for the fight, Free the Hops is conducting a raffle of rare beers at only $4 per raffle ticket, 3 for $10 or 5 for $15. There’s a special raffle website where you can buy raffle tickets online using credit cards or PayPal. It couldn’t be easier and it’s for a very worthy cause. I just bought five tickets. Who’s next? Let’s help Alabama to enjoy more of the wonderful beers we take for granted.

One of the most interesting things announced at the Craft Brewers Conference in Boston last week was the Draught Beer Quality Manual published by the Technical Committee of the Brewers Association, in collaboration with all of the large brewers, as well. As a result of working with virtually the entire industry, the manual should become the industry standard for all things concerning draft beer. The committee was headed by Ken Grossman, of Sierra Nevada Brewing, who is known for his attention to detail and thoroughness. Everyone I know who’s looked at the manual so far has nothing but high praise for it. If you own or work in a bar or any other place that serves draught beer, or are simply interested in the subject, you should get a copy of the manual. Happily, it’s available free of charge online at DraughtQuality.org as a Wiki and the entire thing can be downloaded as a pdf, also free of charge. It includes just about everything you ever wanted to know about draught beer. 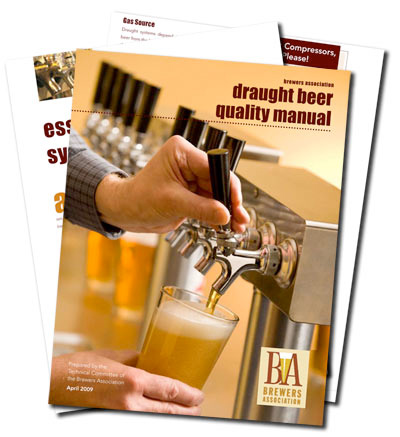 Greg Koch, co-founder of Stone Brewing Co. put together a video with around 35 different craft brewers from around the country for his keynote address at the Craft Brewers Conference taking place this week in Boston, Mass. The video ends with a toast to craft beer, so you may want to get a beer ready before you watch it. Enjoy.

Pyramid Breweries, brewers of the award winning Pyramid Hefeweizen and the 2008 Brewery of the Year, announces the introduction of a refreshed brand positioning and bold new packaging launching in April.

Building upon its rich craft heritage, Pyramid will introduce a new look and inject a fresh attitude into its family of craft ales and lagers. The evolved brand position is an expression of the proud tradition of brewing great beer combined with the energy, activity and the community that is the essence of the cities where Pyramid brews and serves its collection of award winning offerings. 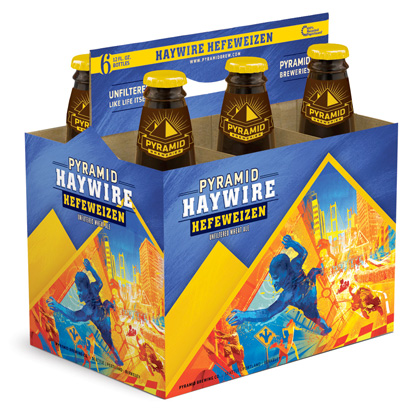 “As a craft pioneer, Pyramid is extremely passionate about our brewing and we are continually inspired by the cities where we brew, live and play everyday. We believe we have successfully distilled that enthusiasm into our beer and our new packaging,” said Mike Brown, President of Pyramid Breweries. “The robust craft beer business continues to grow with new breweries and brands arriving everyday. To remain relevant in a landscape with greater variety, we believe we must constantly evolve our portfolio and Pyramid is committed to providing craft consumers with interesting beers and experiences that quench their thirst for adventure.”

The updated brand will launch with bold new packaging that builds upon Pyramid’s rich heritage, icons, and color palette. Created with a “Windows of the World” theme, the updated packaging captures the recognizable Pyramid icons complete with bright new illustrations reflecting the active and dynamic urban environments Pyramid brews its variety of year round, seasonal, and specialty beer. 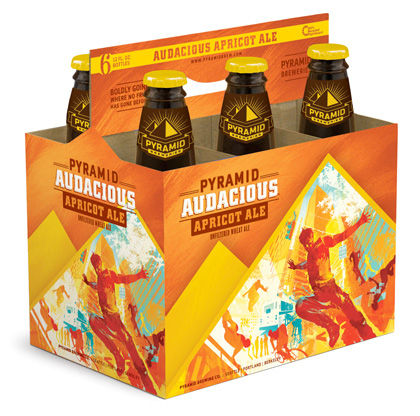 With the new packaging, Pyramid will introduce new names for two of its best selling ales. Pyramid Hefeweizen becomes Pyramid Haywire Hefeweizen, an ale that is unfiltered like life itself. Pyramid Apricot Ale will boldly go where no fruit has gone before and become Pyramid Audacious Apricot Ale. The beers will be the same great beers, but with new names and bold new packaging. “In essence, we’re going haywire,” remarks Brown.

The Brewers Association has also just announced the top 50 breweries in the U.S. based on sales, by volume, for 2008. This includes all breweries, regardless of size or other parameters. Here is the 2008 list:

The efforts by neo-prohibitionists and cash-strapped state legislatures, like in Oregon and California, are not restricted to just the U.S. Across the pond in England, a similar tax hike is having a devastating effect on pubs, with over 2,000 closing since the taxes on beer were raised in 2008. There the beer industry launched a counter-offensive, creating an organization called Axe the Beer Tax. Recently, Axe the Beer Tax staged a protest outside the seat of Parliament at Westminster. Their anti-tax mascot, Mr. Pinty, and some friends, showed up to win support for undoing the beer tax and saving that most English of institutions, the pub.

The Publican takes up the story:

Industry efforts to stop further beer duty hikes in the Budget have been stepped up today with a parliamentary protest by a group of cartoon pint characters.

The Axe the Beer Tax — Save the Pub’s 6ft mascot Mr Pinty was joined by five other characters representing beer brands for a march around Westminster and PR opportunity.

As witnessed by The Publican, the group of five began their light-hearted protest at Parliament Square, as the Tamil protest continued on the other side of the square.

They then moved on to the Treasury, handing out campaign postcards to bemused passer-bys, before heading for a photocall near Downing Street. 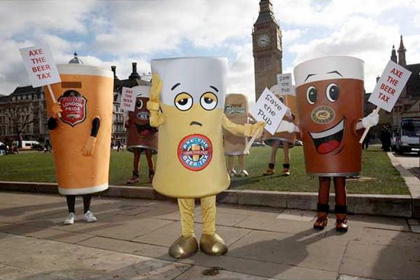 More than 70,000 people have so far joined the campaign and 25,000 have lobbied their MP since November. As a result, over 202 MPs, from all political parties, have signed a parliamentary motion supporting the campaign.

In the last week more than 10,000 people have sent emails and texts to the chancellor, urging him to scrap beer tax rises, according to the campaign.

Mr Pinty said: “I am protesting with my friends today to make sure the Chancellor realises how horrible he is being to our lovely British pubs. The taxman already takes more than a third of a pint in tax and in the budget they want to take even more.

“Lots of Mr Pinty’s favourite pubs have been closing down since the Chancellor increased taxes last year. Mr Pinty just doesn’t understand why he continues to be so mean to him and his friends. We only want to make a living.”

Brew master Daniel Del Grande announced that his company, Bison Brewing, has partnered with Mendocino Brewing in Ukiah, CA, to brew and bottle his award winning line of organic beers. Certified organic since 2003, Bison recently released 60,000 bottles of Organic Chocolate Stout and Organic India Pale Ale and will expand distribution to 32 states, up from 12 states last year. Both companies are recognized pioneers of the American Craft Brewing renaissance. 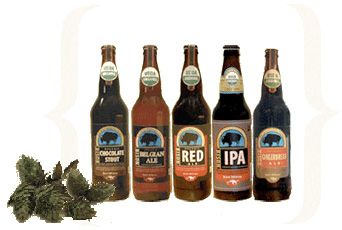 “Bison is responsive to growing consumer demand for organic, sustainably produced products,” says Del Grande. “Our new partnership supports our growth strategy by enabling us to serve the growing national market for organic beer.”
Mendocino’s CEO, Yashpal Singh notes: “We are excited to organically brew Bison products. Our size, efficiency, and technical expertise will help Bison grow to an established national brand at a time when organic beer is poised to flourish in the national marketplace.”

On April 20, 2009, Odell Brewing will release the second barrel aged beer in its Woodcut series.

Woodcut No. 2, an oak aged golden ale, was brewed over six months ago on the brewery’s pilot brewing system. The golden ale has been aging in virgin oak barrels and will bottle condition in cork finish, 750 ml bottles. 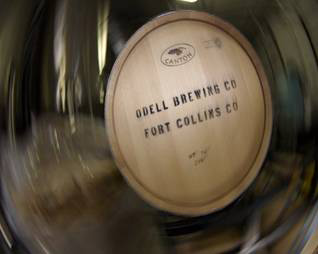 Odell Brewing’s inaugural Woodcut offering was named one of the best beers of 2008 by Draft Magazine and Modern Brewery Age magazine. “Odell Brewing is pushing into new waters with grace and success with the Woodcut Series,” Draft Magazine. 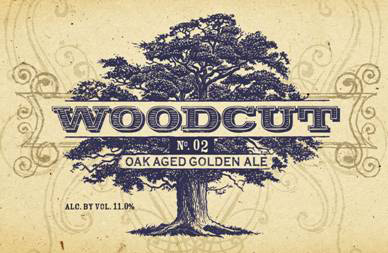 Only 175 cases of the Woodcut No. 1 were released, and the beer sold out in one week. The second release will be limited to 350 cases, all hand signed and numbered.

Eager beer enthusiasts can celebrate the release of Woodcut No. 2 at the brewery’s Tap Room on April 20, 2009 from 4-6 p.m. Bottles will be available for purchase for $24.99. To learn more, visit woodcutbeer.com.