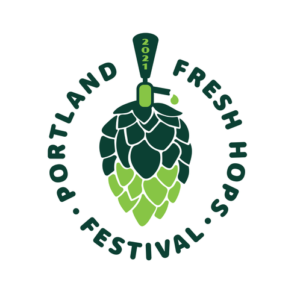 Portland Fresh Hops Festival Needs Your Help!
The Oregon Brewers Guild’s 17th Annual Portland Fresh Hops Festival will be returning in-person this October 1st and 2nd and we are in need of additional volunteers to help out for the following shifts:
Friday, 10/1 3pm-close: Beer Servers, Check-in
Saturday, 10/2 3pm-close: Beer Servers, Check-in
All volunteers must be 21 or older and FULLY VACCINATED to participate.
Volunteer form

Oregon’s freshest Fresh Hop event kicks off the seasonal hop harvest celebrations with 17 straight days of fun September 17 – October 3rd from 8am – 10pm. The 6th annual Portland Fresh Hop Pop-Up Beer Fest has yet to miss a year, and this will be the largest lineup of beers so far. 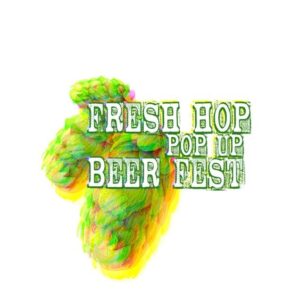 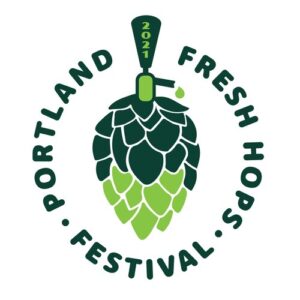 Oregon’s Largest Fresh Hops Festival Returns In-Person, Vaccinations Required
The Oregon Brewers Guild’s 17th Annual Portland Fresh Hops Festival will be returning in-person this October, albeit a bit different than
previous years. The event, which has been held previously at the Oaks Park Amusement Park, will be moving to the Glendoveer Golf &
Tennis driving range, with food options provided by Von Ebert Brewing. The event will be held on October 1st and 2nd.
Press Release
Event page –

The month of February usually brings two of the Oregon Brewers Guild’s favorites: Oregon Craft Beer Month and its annual Zwickelmania open house-style event. Unfortunately, as the pandemic and state restrictions carry on, holding in-person events is still not an option. The good news is the Guild will be holding virtual Zwickelmania events, as well as releasing the fourth iteration of their State of Excitement collaboration beer.
In an effort to help highlight Oregon Craft Beer Month, throughout February the Guild will be promoting its member breweries from across the state via their social media outlets. Origin stories, photos, beer releases, as well as food & beer specials will be the main focus.
The virtual Zwickelmania events will coincide with the original in-person dates
More Via Oregon Craft Brewers Guild

One of Portland’s oldest breweries will cease production next month
Portland Brewing, one of the Portland craft-beer scene’s founding breweries, will stop production after 34 years in downtown and industrial Northwest Portland next month, according to a post on the brewery’s Facebook page. The brewery will produce its last MacTarnahan’s Amber Ale by Feb. 5
Read More Via Bend Bulletin 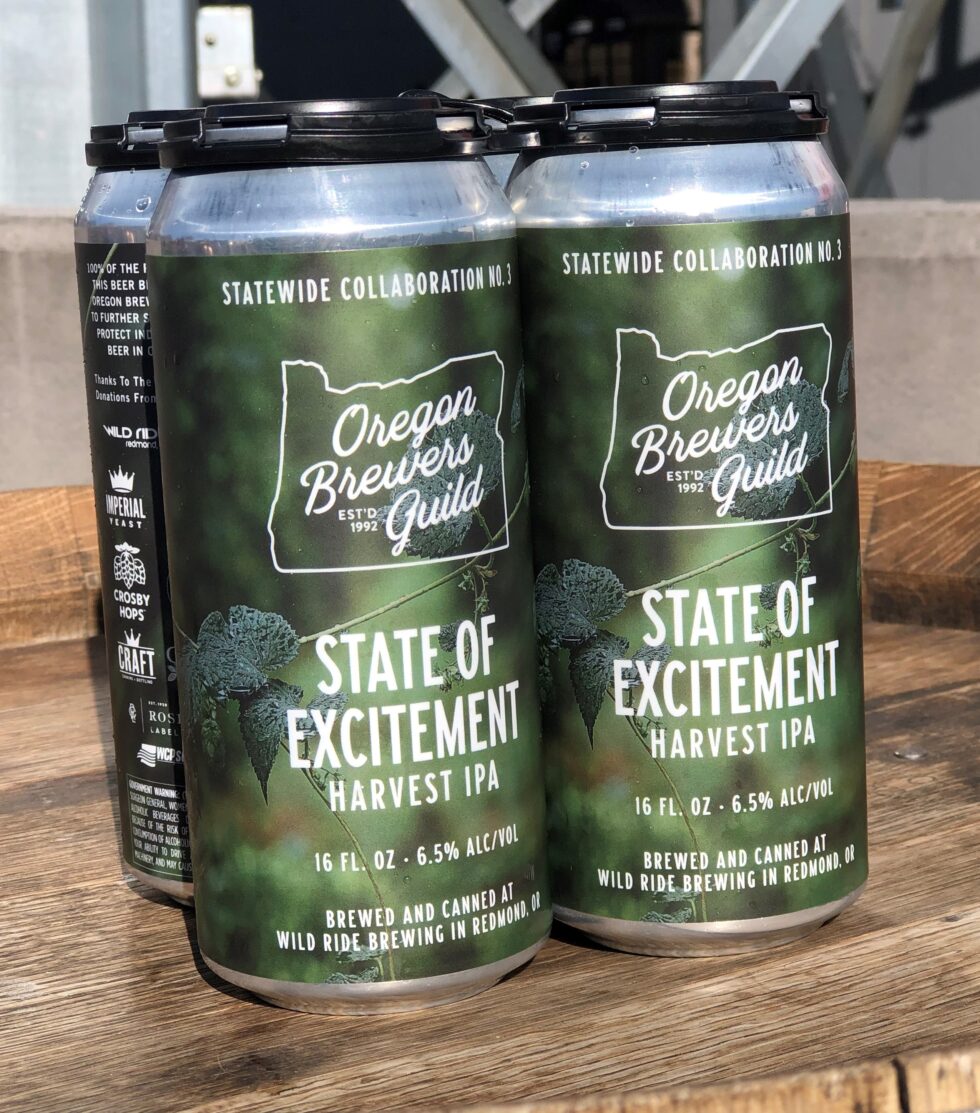 Portland, Oregon- Brews for New Avenues will host its 9 th annual event virtually this
Saturday to raise vital funds for New Avenues for Youth, an organization that has been
working to end youth homelessness for 22 years. The “live” auction that runs from just
after midnight until 2pm will feature some of the rarest beers donated from breweries
from around the globe, including a 1994 Cantillon Saint Lamvinus, one of 200 bottles
produced. Other “live” items include a 3L of Bokke Oma, a 1.5L of de Garde & Tilquin
Avenue No. 4, and a 3L of our collaboration with Cantillon – Cuvée de l’Espérance. The
30-minute virtual program beginning at 1:30pm features guest appearances from
Cantillon, Drie Fonteinen, de Garde, Upright, Tioga Sequoia, Great Notion, and Reverend
Nat’s Cider, among others.
Via Brews For New Avenues 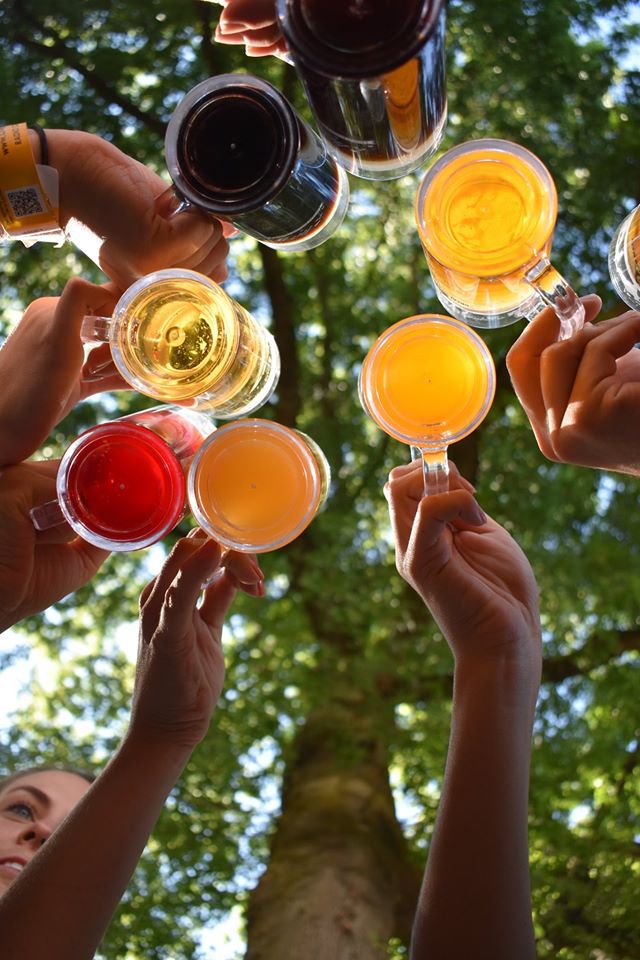 Hey friends, a message re: this summer’s Oregon Brewers Festival. As of right now, the festival is still happening as scheduled. We recognize this is an evolving situation and we will continue to update you with any changes. In the meantime, please continue to support your local breweries, beer bars and bottle shops. We need to make sure they’re still here when this crisis is over. We hope to raise a pint together soon. Take care, stay safe, and wash your hands!
Join in the discussion on OBF Facebook

6th Annual Brewstillery Festival
Sat, Feb 29 from 12pm – 8pm
StormBreaker Brewing
832 N Beech St
Portland, OR
All ages event. 21+ to imbibe. Only participants need a ticket. Sorry no dogs on event days.
Music Lineup: Coming Soon!
Breweries and Distilleries teaming up to create the perfect pairings. Each pairing will consist of a 4oz beer pour and a 1/4 oz spirit taste. Only like beer? Then just drink beer. You can pick and choose, although we strongly recommend going for the pairing. Advanced tickets on sale now!
Via Oregon Brewers Guild

ZWICKELMANIA 2020
Zwickelmania celebrates its 12th year this Saturday, Feb. 15 in Portland, and statewide on Saturday, Feb. 22.
Zwickelmania is a statewide celebration of the Oregon craft beer scene. More than 100 breweries across the state open their doors for tours, tastings, meet-the-brewer sessions, and, of course, free samples.
This free event runs from 11 a.m.-4 p.m. both Saturdays.
This year, Zwickelmania will run concurrently with Oregon Craft Beer Month. This month-long celebration will include tap takeovers, beer festivals, panel discussions and more. Stay tuned for details!
Visit OregonCraftBeer.org/Zwickelmania for a regularly updated list of participating breweries.

Let’s make a beer! The Oregonian/OregonLive and Labrewatory collaborate on #FakeBrews IPA
Ever wondered what it’s like to make a beer?
Yeah, me too. So, I’m going to do just that.
I figured if I’m going to write about and critique beer and breweries, I should have a hands-on understanding of the process, its complexities and its challenges. And I figured readers might want to know how it’s all done, too.
So I reached out to Nick Herrera, the head brewer at North Portland’s Labrewatory to see if he’d be willing to pair up with The Oregonian/OregonLive and do a beer collaboration – an endeavor I know very little about.
Via Oregonlive

In early 2019, Andre Meunier started a tour of Portland breweries with two goals.
One, get to know the Portland beer scene more deeply to strengthen his coverage of it. And two, provide a comprehensive resource for craft-beer enthusiasts for where to go and what to try.
Via The Oregonian/OregonLive