Yesterday, Governor Jon M. Huntsman, Jr. of Utah signed into law legislation that makes homebrewing beer legal. The “Exemption for Alcoholic Beverage Manufacturing License” was sponsored by Representative Christine A. Johnson and made Utah the 46th state to legalize homebrewing. The US Government made homebrewing legal on a federal level in 1978. Since then all but four states; Alabama, Kentucky, Mississippi and Oklahoma have made homebrewing legal. 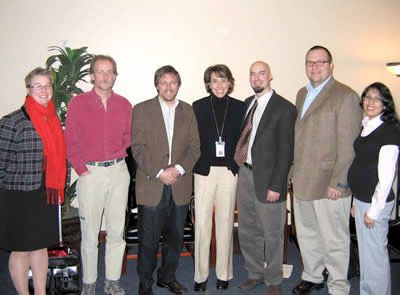 “Home-brewing is a healthy and vibrant hobby in Utah as evidenced by the outpouring of support HB 51 received in the 2009 Legislature,” commented Rep. Christine A. Johnson. “Many thanks to the American Homebrewers Association for thorough education, great committee testimony and association members who flooded elected officials with emails of support.”

But it’s not just homebrewers who are excited about the change. Jennifer Talley, brewmaster for Squatters Pub Brewery/Salt Lake Brewing Co in Salt Lake City, says the relationship between professional and amateur brewers has always been a tight one and legalizing homebrewing will allow this relationship in Utah to evolve and grow.

The American Homebrewers Association estimates that there are approximately 750,000 homebrewers in the United States, including 7,000 homebrewers residing in Utah. Utah is the only state to have legalized homebrewing in the last ten years.

“With the successful passage of HB 51, Utahns can confidently assemble into homebrew clubs and organize competitions,” states the Utah law student Douglas Wawrzynski, who launched this most recent attempt to legalize homebrewing. “Utah homebrewers are finally free to relax, stop worrying, and have a legal homebrew.”

There is currently an active movement to legalize homebrewing in Alabama, and the AHA has heard from homebrewers in Kentucky, Mississippi, and Oklahoma who are interested in starting movements in each of those states.