ABOUT THE BREWING SCHOLARSHIPS

In co-sponsorship with the Seibel Institute of Technology, the Glen Hay Falconer Foundation is offering two full-tuition brewing education scholarships in 2009.

One scholarship is for the World Brewing Academy Concise Course in Brewing Technology held at the Siebel Institute in Chicago in November 2009. The Concise Course in Brewing Technology is a two-week intensive program that covers every topic critical to successful brewery operations. The program is designed for brewers pursuing a wider knowledge of professional brewing standards and techniques in order to advance their brewing careers as well as individuals planning to enter the brewing industry.

The second scholarship allows candidates to apply for one of three two-week modules from the International Diploma in Brewing Technology Program held at Siebel’s Chicago campus in September/October 2009.   This specialty brewing scholarship is intended for those brewers who seek an in-depth understanding of a specific brewing discipline.  Candidates must designate which module they wish to attend.

The Concise Course scholarships are open to individuals planning on entering the brewing industry and to professional brewers with no more than three years of brewery work experience.  The specialty brewing scholarship is open only to professional brewers.  Applicants must be from the Pacific Northwest (including Alaska and Hawaii) and Northern California regions (San Francisco Bay/Monterey Bay areas and north).  Each scholarship includes a $750 stipend to help offset travel and lodging expenses.

For more details and information on how to apply, visit the Siebel Institute website.

ABOUT THE FALCONER FOUNDATION

The Glen Hay Falconer Foundation is a non-profit organization created to commemorate and celebrate the life, interests, and good works of a well-loved and leading Northwest brewer.

The Foundation produces the Sasquatch BrewAm, a golf tournament pairing all levels of golfers and beer lovers with celebrity brewers.   The fifth annual Sasquatch BrewAm will be held at McMenamins Edgefield on July 24, 2009 concurrent with the Oregon Brewers Festival in Portland, Oregon.  Don’t miss the opportunity to play a fun-filled round of golf with brewing luminaries.  For more information on all these events, please visit www.sasquatchbrewfest.org. 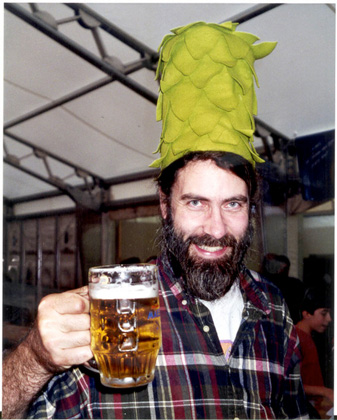 Glen began his brewing career as an avid homebrewer and dedicated member of the Cascade Brewers Society, a clan of skilled homebrewers based in the Eugene/Springfield, Oregon area. As a professional brewer, Glen continued to support the craft of homebrewing by providing access to brewing ingredients, procedures and unique beer recipes.

In 1990, Glen followed his dream and pursued a professional brewing career, beginning at Steelhead Brewery in Eugene. Glen completed the Siebel Concise Course in Brewing Technology in 1994. Glen then refined his skills at the renowned Rogue Ales in Newport, Oregon, working side-by-side with his close friend and mentor John Maier.