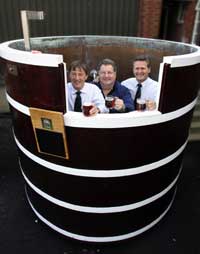 One Reply to “Three men in a (historic) barrel”