The hit cable television show Dirty Jobs, where host Mike Rowe and his crew are “shown performing difficult, strange, and/or messy occupational duties alongside the typical employees” was in the Yakima Valley last week shooting an episode during the hop harvest. According to the Yakima Herald-Republic, “Rowe spent two days picking and inspecting hops, working the kilns that dry the hops and making bales, [HopUnion owner Ralph] Olson said. In addition to visiting HopUnion, which provides hop leaves, pellets, extracts and oils to the craft brewery industry, Rowe worked in the fields at Loftus Ranches in Moxee.” The episode is expected to ait sometime this winter, though no date has been set. 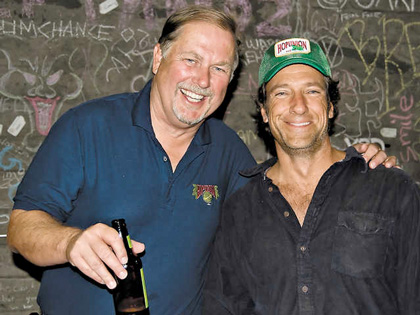 4 Replies to “Hop-Picking To Be Featured on Dirty Jobs”