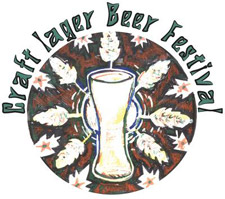 The festival attracted beers from 31 breweries across the country, and from as far away at Hawaii and Massachusetts. All profits from the event are donated directly to local open spaces.

Judges particularly liked the beers of Carver Brewing, a brewpub located in Durango. Three Carver lagers – including its Spring Tonic Elixir brewed to celebrate the repeal of Prohibition – brought home medals in judging held before the festival itself.