Let me preface this fieldtrip report with a simple declaration. “I am not a beer writer, a beer judge, or a brewer. I simply work for a beer magazine and enjoy the side benefit of visiting breweries and attending beer fests immensely.” I recently returned from attending the World Beer Fest and thought I’d share the experience with fellow beer lovers in the Real Beer community.

There’s only one thing I like more than a Carolina pulled pork BBQ sandwich, that’s a fine beer to enrich the experience. So my attendance at the bi-annual World Beer Fest in Raleigh, NC was as close to a nirvanic experience as this son of the south has ever gotten.

The day was picture perfect in North Carolina’s capital city. Though the weatherman had been forecasting doom and gloom all week, the predicted storms never materialized and perfect spring weather rewarded the thousands of beer enthusiasts who attended the sold out event. 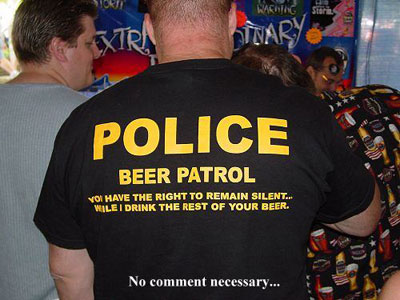 The festival was held downtown in Moore Square, a short walk from the capital building. The park was large enough to give everyone plenty of space to spread out and relax, unlike some fests I’ve been to where sitting in the grass to enjoy a beer puts you in serious danger of being trampled by other attendees.

The first thing I had to do upon entering the fest was decide which of the two huge tents sheltering the beer stations I’d visit first. With over 400 beers to choose from and only 4 hours to act on my selections I didn’t make the choice lightly. Fortunately I found Flying Saucer had created eight flight lists that took the pressure off.

The flights were as follows: