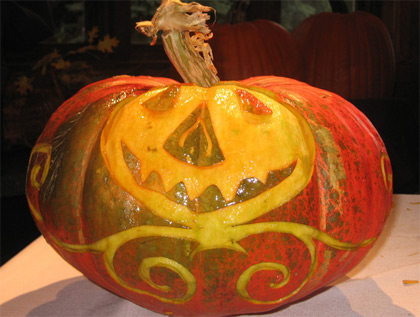 Voting has begun in The Big Craft CarveOff organized by New Belgium Brewing. The Colorado brewery and seven others have put their carving skills on display and consumers may vote for their favorites at Eater.com. New Belgium will donate $5,000 to a charity of the winner’s choice. Voting ends Oct. 15.

New Belgium’s carved entry celebrates its current seasonal release, Pumpkick Ale. Pumpkick is brewed with cranberries as well as the other ingredients association with pumpkin pies.

“It was a little tricky for some breweries to find pumpkins this early in the season, so we actually had to ship some from Fort Collins,” said New Belgium spokesman Bryan Simpson. “The results speak volumes as to how many creative folks we have in our industry. Pretty inspiring.”