The numbers aren’t quite up to date — and given recent growth they would likely be even more impressive — but the growing economic impact of brewing in New York’s state economy is apparent. 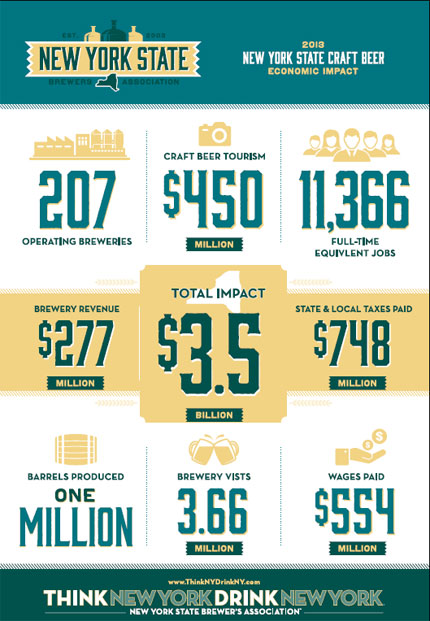 “When the NYSBA was founded in 2003 there were only 38 breweries in the state, today there are over 200,” David Katleski, NYSBA co-founder David Katleski said in a press released. “Through years of relationship building in Albany, we were able to help craft legislation that laid the foundation for the growth we are seeing today. New York State is certainly on the national radar as a brewing powerhouse, and these numbers show the results of a craft beer friendly New York State.”