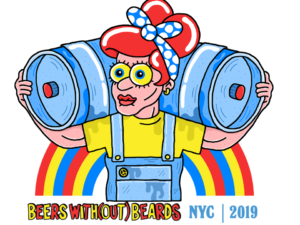 Things are gonna get festive when the St. Louis craft beer scene is celebrated July 26 through August 3. Those 9 days are a celebration of the city’s brewing past and present. The annual event, in its eleventh year, was started in 2009 by St. Louis beer enthusiast Mike Sweeney as a way to honor the city’s significant role in the history of beer in the United States and to showcase the city’s thriving craft beer scene. St. Louis Craft Beer Week kicks off with the 2019 St. Louis Brewer’s Picnic at 10th and Locust streets downtown.
Via Riverfront Times

New breweries opening soon in Mobile, Alabama – It’s a region that doesn’t get a lot of beer-press. Here’s a look at what’s new and what’s next for the brewing industry in coastal Alabama.

Looking for an ultimate beer-tasting experience? Try hitting one of the country’s top beer festivals, where attendees often get the chance to taste rare beers from heavy hitters and hyped breweries while chatting with the brewers who made them.

Not sure where to start? Check out this list of the best beer fests in America.
Via Gear Patrol

Meet the king of collabs Kyle Harrop. Way back in the day, Harrop’s first release was Great Maple, a Maple Barrel Aged Imperial Stout. Even before it was released, Harrop’s reputation had earned the beer looks from beer media, and people were excited and trying to get their hands on his product. Great Maple was an absolute hit, and was followed by Boss Tycoon, Harrop’s collaboration with J. Wakefield Brewing, and Frenched Toast, his collab with Great Notion Brewing. Harrop became beer famous. “The success of the collabs started the phones,” Harrop said. Other brewers wanted to collaborate, and consumers wanted to know where they could get his beer.
Via Forbes

In today’s Artisanal Craft Brewing, no idea or ingredient is off limits. We’ve seen beers made with lobsters, Oysters, Mangalitsa pigs, candied ginger and gingerbread cookies, human urine, Norwegian money, and yeast harvested from beard hairs.
So be prepared to be shocked (and maybe a little grossed out)
16 brewers share the strangest beers they’ve ever made.
Via Vinepair

CNM’s brewing program students are getting hands-on experience at a Sidetrack Brewery. It’s time for the public to taste their creations two years in the making.
From classroom to the taproom. It’s been three years since CNM’s brewery program began, the public will now get a taste of their hard work. “Honestly, I would love to see the public open up their taste to more styles of beer,” Nicolas Corominas, a CNM graduate, said.
VIA KRQE