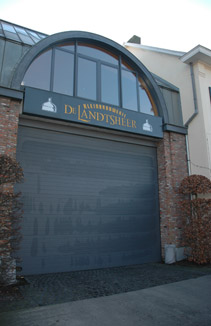 A small Belgian brewery won an important victory in its battle to maintain the right to describe its beer in champagne-like terms. De Landtsheer Emmanuel has been selling a beer produced with champagne-making methods under the name “Malheur Brut Reserve,” describing it as the world’s first “Brut” beer and the Veuve-Clicquot of the beer world.

French champagne producer Veuve-Clicquot Ponsardin then took action against De Landtsheer Emmanuel for infringement of trademarks and breach of rules on consumer information and comparative advertising.

Even after De Landtsheer Emmanuel stopped making references to Veuve-Clicquot, the champagne maker wanted to halt Emmanuel’s references to “method traditional,” “brut” and “reserve” in its marketing because they were words associated with champagne. But Advocate-General Paolo Mengozzi said because there are many makers of champagne the marketing did not violate the law.

“Such a reference cannot constitute an implicit identification of a competitor or the products offered by a competitor,” the advocate-general said in a statement.

Landtsheer Emmanuel now uses the champagne method in bottling three of its beers, and a second brewery headquartered in the small town of Buggenhout – Brouwerij Bosteels – produces a “brut” beer. This one, called DeuS, has received considerable attention because of its high price.