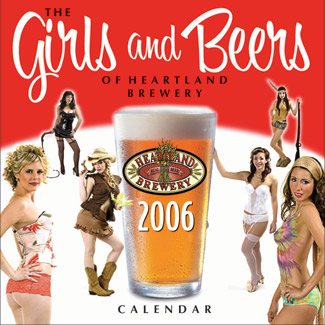 The girls are posed in 12 vignettes to represent beers such as Matrimony Ale, Farmer Jon’s Oatmeal Stout and Not Tonight Honey Porter.

Fifty percent of all proceeds from the calendar to the Heartland Brewery Foundation, with funds earmarked for the New York chapters of the Juvenile Diabetes Foundation and National Multiple Sclerosis Society and Billy Joel’s Charity Begins at Home.

3 Replies to “Pin-up girls and beer”