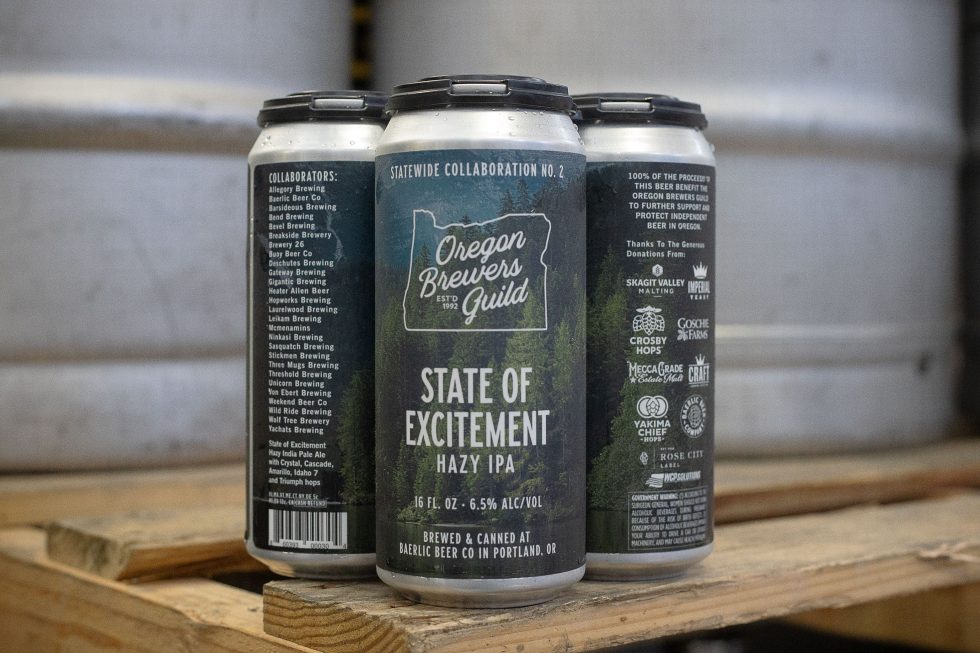 OREGON BREWERS GUILD LAUNCHES QUARTERLY COLLABORATION SERIES WITH STATE OF EXCITEMENT NO. 2
How do you collaborate on a beer during a global pandemic?
Very carefully.
Twenty-seven Oregon’s breweries recently united to brew a statewide collab, State of Excitement No. 2, a hazy IPA brewed at Portland’s Baerlic Beer Co. The beer release marks the launch of the Guild’s quarterly collaboration series, which builds on the fun everyone had cranking out the Zwickelmania beer the past two Februaries.
“Collaborations are a little different right now, but I suppose just about everything is,” said Baerlic Beer Co. Brewer Stephen Helwig, who led the charge on brewday. “Fortunately, the modern miracle of the internet helped us to communicate, stay organized, and craft a damn delicious beer that shows off the best ingredients Oregon has to offer.”
Via Oregon Brewers Guild