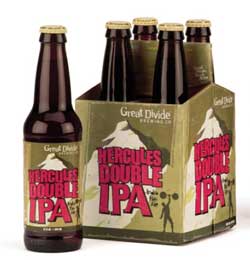 “For a while now, beer drinkers have been telling us they’d like to see a few of our bigger beers in 12 ounce bottles – so to keep the peace, we’re meeting the request” said Great Divide founder Brian Dunn.