The Brewers Association announced that craft beer sales increased 13% in volume in 2011 and that revenue grew 15%. 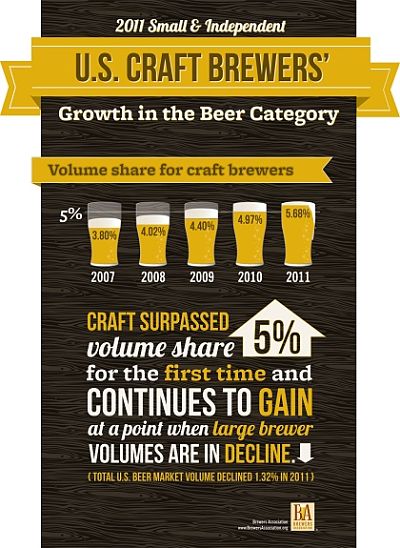 The association reported that 250 breweries opened, 37 closed and that 1,989 were operating by the end of the year.

“We saw rapid growth in brewery openings last year, particularly with microbrewery start-ups, and these numbers are poised to rise even more in 2012,” Gatza said. “In February 2012, we already topped 2,000 operating breweries—a truly remarkable milestone. We look forward to even more success and the continued expansion of the craft beer market.”