How can you not like an event called Brew Year’s Eve?

On April 7, breweries all over America will raise a pint in celebration of the day that beer once again became legally available at the end of prohibition. 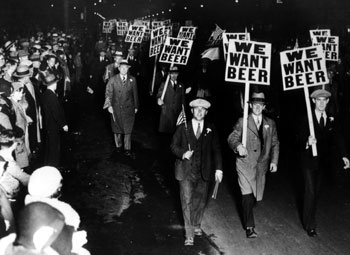 While full repeal came on Dec. 5, 1933, an amendment to Prohibition legalized beer with 3.2% alcohol by weight (4% by volume) starting on April 7 of that year. From that date on, the country’s brewers were back in business and Americans enjoyed legal beer for eight months before wine and spirits were once again legitimate.

“Today more than 1,300 small, traditional and independent breweries operate in the US and because of them Americans have plenty to celebrate,” said Ray Daniels, Director of Craft Beer Marketing at the Brewers Association. “Brewers provide jobs, pay taxes and contribute to tens of thousands of community, charitable and service organizations each year.”

To celebrate repeal brewers across the country will be host Brew Years Eve parties on April 7. Details are at www.BrewYearsEve.com