Barney’s Beanery, the third oldest restaurant in Los Angeles and venerable roadhouse/famed celebrity hangout, will be hosting its third “Rock the Beer Vote” with patrons getting a head start casting their votes beginning on Tuesday, October 28th and running until polls close at 8 p.m. on Tuesday, November 4th.

As with the Kerry vs. Bush and Super Tuesday competitions, all presidential candidates will be assigned a brand beer: John McCain (Bud Lite) and Barack Obama (Stella Artois) with each premium brew sold at $3-a-glass (to promote continuous voting) and the colorful photo images of Barack Obama and John McCain on the spigots. At the three Roadhouses, bartenders will be monitoring the vote count on electronic screens in the seven-day voting marathon. 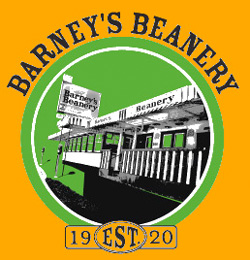 Better than an exit poll data, and more joyous than your average stodgy polling place, this method of voting allows people to have fun and voice their opinions (loudly if need be) while they vote. The original West Hollywood Beanery, as well as more recently opened roadhouses in Santa Monica on the Third Street Promenade and on Colorado Blvd. in Old Town Pasadena, will have every strategically placed TV monitor tuned to a rotating series of political commentators as the votes roll in across the land. For more information, visit Barney’s Beanery website.